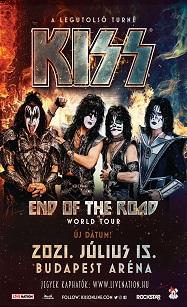 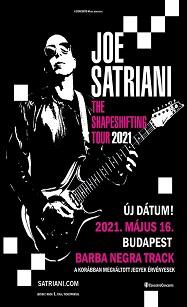 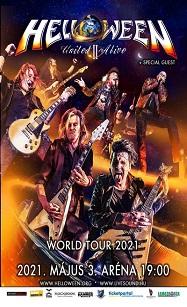 END_OF_DOCUMENT_TOKEN_TO_BE_REPLACED

The New York based progressive metal legends, Dream Theater performed once again in Budapest on the 26th of July, in 2014. Our colleague, Gergely Mihály (Angertea frontman) had the chance to ask some questions before the concert from the bands guitarist, John Petrucci. Click here!

Rockbook: - It’s quite frequent. What do you think about this country? And what’s the reason for this frequency?

John Petrucci: - It’s great! You know, the first time we came here was great. We played that outdoor place many times.

Rockbook: - You mean the PeCsa?

John Petrucci: - That’s what it’s called? It’s like that kind of amphitheatre. From the first time it was great. People were awesome, the show was great, the audience was really into it, and so it’s become a regular stop on our tour.

Rockbook: - On this tour you’re putting a great emphasis on the album ’Awake’. Why is it so?

John Petrucci: - Well, the ’Awake’ album came out 20 years ago this year, so we figured we wanted to, you know, kind of mark the anniversary. And so the second half of the show we begin with a bunch of songs from ’Awake’, which is great, I think our audience is really enjoying that.

Rockbook: - What’s the concept behind making the setlist for your gigs?

John Petrucci: - Well, this setlist, it had a definite concept. First of all, it’s a 3-hour-show, so we knew there would be a part 1 and a part 2. There’s a few things we wanted to include, like you said the ’Awake’ album; the encore is the whole, well, not the whole, but a lot of songs from ’Scenes From A Memory’, so we kinda had it laid out. And we wanted to make it special, we wanted to play a couple of songs we never played live before, so we put those in, and we wanted our fans to really enjoy it. You know, we’ve been in a band for a long time now, there’s a lot of people that have seen us 9, 10 or 20 times, and so we wanted to make sure the show was really special for them.

Rockbook: - Let’s jump back in time a bit. It’s a known fact, that your ex-label had kind of an „influence” on your ’Falling Into Infinity’ album. If there hadn’t been this influence, in what ways would this album have been different?

John Petrucci: - Maybe I could set the records straight: I think that’s a really big misunderstanding. The label didn’t have an influence on the album. We wrote the kind of album we wanted to write. We went in there with Kevin Shirley, a great friend of mine, and we got really experimental with the songs, you know, how we recorded each song. Each song was recorded completely different, which was something that was new for us. Different amps, different drum kits, everything. And Kevin, as a producer – if that’s the influence we’re talking about- did come in, saying: „In that song let’s move this and that”, and he did what producers do. I think it’s a great album, I’m really proud of it. I think that’s a misunderstanding, as to the direction, but I’ve heard people say that before. It’s different.  The first album with Derek, we had a new influence in him as a keyboard player and writer, like I said the way that Kevin produced it was very different, so it kinda stands out in a lot of ways. Even the things that I used, different guitars and things. Very different.

Rockbook: - I wanted to ask you about your guitars. Approximately how many guitars have you got?

John Petrucci: - I have a lot of guitars. (laughs) Yeah, I’m not like a guitar collector, I don’t have all vintage instruments. I don’t even own a Strat or Les Paul. I don’t have one. But you know, almost 15 with music, man, we have so many guitars that we developed over the years. The latest one is ’The Majesty’ guitar, which I’m really proud of, I’ll be playing it tonight. But when we make those guitars we make tons of prototypes, I have all those. And once a guitar has come out there’s all different versions and colours and woods and I have all those. There’s hundreds of them.

Rockbook: - And where do you store them?

John Petrucci: - We have a storage close by where I live, that’s very organised. My guitar tech, Matty organised it all, labeled everything. Yeah, it’s pretty cool.

Rockbook: - Are you planning any more concept albums, like ’Scenes From A Memory’?

John Petrucci: - I’m sure that’s something we’ll do at some point. Yeah.

Rockbook: - What do you think about your role in making progressive music reborn in the beginning of the 90s? Do you think Dream Theater is the father of progressive metal?

John Petrucci: - I think I’m a father, but a father of three kids! :) You know, that was a very interesting time, like you said, the early 90s. When we came out, the kind of music that was popular was Nirvana, Soundgarden and Alice In Chains, all that stuff. That was when we released our second album, ’Images And Words’, and it was something people werent used to hearing maybe, and it sort of rose above all that somehow, being progressive, or whatever. And that for us began our carrier as far as being an international touring band and bring me up to continue to make albums and stuff like that. So I know we play a part in the story of progressive music, but for us those influences are the real fathers, the ones that we were interested in. 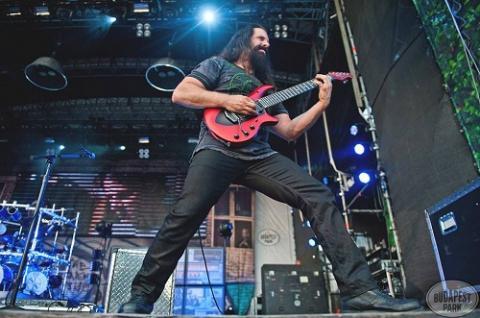 Rockbook: - Approximately how many unreleased songs of yours are there?

John Petrucci: - Not many. Maybe not any. We’re not the kind of band who writes an order abundance of songs and picks from them, we usually write for the album.

Rockbook: - Are you influenced by any contemporary artists or bands as a guitar player or a songwriter?

John Petrucci: - Yes and no. Sometimes I’ll hear a certain approach that kinda cathes my ear, like „It’s kinda cool what that guy’s doing there”, or maybe an effect that somebody’s using, or a guitar sound, or something that kinda makes me open up. But the funny thing is i realise over time how sort of traditional i am. I wanna go in the studio and just go back to the same amps and stuff I’m so comfortable with the sound of. Which I think is important to stay original.

Rockbook: - Are you planning to make any more solo records after ’Suspended Animation’?

John Petrucci: - Yeah, people ask me that all the time. That one came out in 2005, a long time ago. So yeah, I’m working on a new one, trying to find the time to squeez it in. We played a G3 tour in South America, that was last year, or maybe before that? Anyway, I played a few songs there and it was really cool.

Rockbook: - One more question. All of you in Dream Theater are very qualified musicians. But what are the songs that need extra attention, and the hardest to play?

John Petrucci: - A lot of them are. Usually we’re all comfortable playing the songs, but during the song there might be one part where you’re like „oh, this part’s coming up, I have to really focus”, a lot of songs have those moments in them. It’s usually the parts that sound like they are hard that usually are. Some other things sound hard but they are easy on guitar, but the more complicated passeges that you hear, it takes some extra work and practice to make sure its ready. Stay focused when you’re playing alive, so you’re not distracted by something going on.

Rockbook: - Thank you for your time, John! 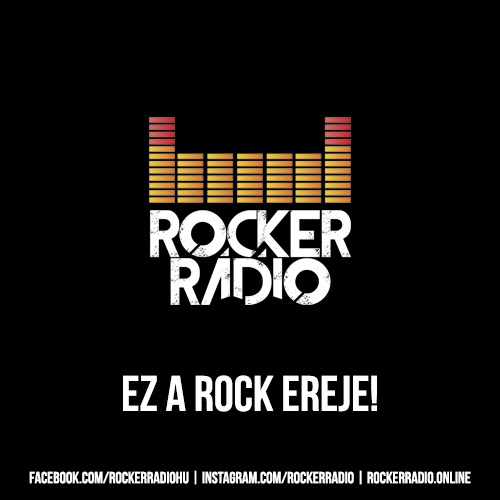